Officers and medical personnel were dispatched to the area of the Hidden Oaks Mountain Bike Trail located east of the Spanish Fork Reservoir at approximately 6:30 p.m., said a news release from Spanish Fork Police Department.

“It was first reported that a mountain bike was found just off the trail and a short distance away a male subject was located,” the news release said. “When officers arrived, they determined the male subject was deceased.”

It appears from the initial investigation that the man crashed on his mountain bike and died from injuries sustained in the accident. The man was wearing a helmet at the time of the accident. The accident was not witnessed and the exact time it occurred is unknown.

Investigators have learned that the man had left alone to go ride his mountain bike at approximately 2 p.m.

The name of the victim will not be released at this time pending notification of family members. 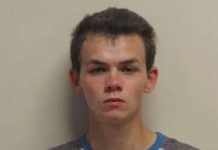 Southbound I-15 closed in Spanish Fork area after crash