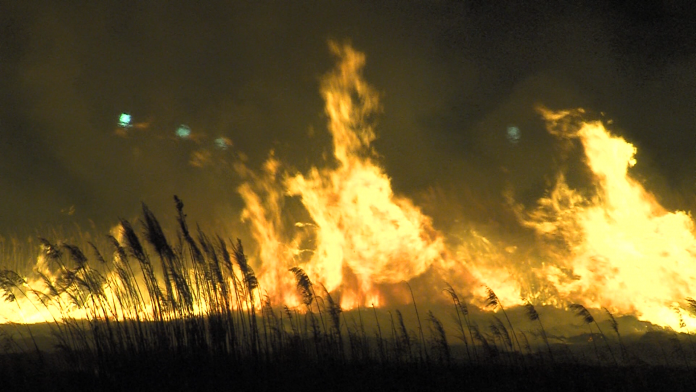 WEST VALLEY CITY, UT , May 13, 2015 (Gephardt Daily) – Firefighters had their hands full early Thursday morning after an intentionally set fire burned through a field near 2300 W. and Decker Lake Drive in West Valley.

The fire was first reported shortly after midnight by West Valley police officers involved in an unrelated traffic stop. By the time fire crews arrived, the field was engulfed in flames.

According to West Valley police, firefighters faced two big challenges. “There’s been a couple issues. One, is they have no access into this field. The second, is they have only been able to locate one fire hydrant and that fire hydrant isn’t working,” said Lt. Dalan Taylor of the West Valley Police Department. “It’s a huge concern. It’s going to need to be addressed and the fire department will be taking care of that.”

The spectacular fire could be seen for miles and came within a few hundred feet of nearby apartment complexes.

Witnesses told police a juvenile intentionally started the blaze. He was being questioned by police.