SALT LAKE CITY, Utah, June 26, 2020 (Gephardt Daily) — Erin Mendenhall was sworn in as Salt Lake City mayor just six months ago, fresh off the campaign trail, winner of a hard-fought victory against a savvy opponent, and ready to tackle the job to which she’d been duly elected.

It was time for change.

And, as any savvy political observer will tell you, officer-involved shootings, police riots, killer pandemics, not to mention an earthquake and a couple thousand aftershocks, will tend to leave a mark.

Seemingly not so, however, in the case of Mendenhall — at least for now.

While she’s been criticized for kneeling with demonstrators, exhorting police to be more transparent, and for insisting people wear masks in public to battle COVID-19, Mendenhall believes she has found seeds of opportunity in the recent upheaval, opportunities to grow, to right a few wrongs, to salve the wounds of a community beside itself with grief and rage.

The Rev. France Davis, longtime Utah civil rights leader and a man who marched at Selma with the Rev. Dr. Martin Luther King, knows a fair bit about that grief and rage.

In our wide-ranging interview, Davis talked about the striking parallels between the civil rights movement of the 1960s and what’s happening in the streets today. Hear why he believes a combination of the philosophies espoused by MLK and Malcolm X will chart a path to future of the Black Lives Matter movement.

To hear both interviews in their entirety, click on the video player above. 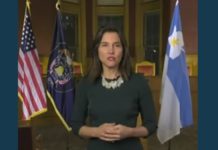 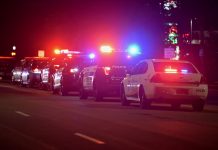