“These bacteria can make you sick, and are a particular concern for people with weakened immune systems,” said a Facebook post from Garfield County Sheriff’s Office Sunday afternoon.

A Facebook post Saturday said culinary water has been polluted with mud and other contaminates from the Brian Head Fire.

DO NOT DRINK THE WATER WITHOUT BOILING IT FIRST. Bring all water to a boil, let it boil for one minute, and let it cool before using, or use bottled water. Boiled or bottled water should be used for drinking, making ice, brushing teeth, washing dishes, and food preparation until further notice. Boiling kills bacteria and other organisms in the water.

What happened? What is being done?

Bacterial contamination can occur when increased run-off enters the drinking water source (for example, following heavy rains). It can also happen due to a break in the distribution system (pipes) or a failure in the water treatment process.

We will inform you when tests show no bacteria and you no longer need to boil your water. We anticipate resolving the problem within one week.

Please share this information with all the other people who drink this water, especially those who may not have received this notice directly (for example, people in apartments, nursing homes, schools, and businesses). You can do this by posting this notice in a public place or distributing copies by hand or mail.

The post said residents can shower and do laundry using the water, but it’s not ready for human consumption.

The problem was caused by damaged equipment in the water system, posts explain.

“A flash flood passed over the Panguitch City watershed and damaged one of the spring collection boxes. This has allowed mud to get into the water system. We are working as quickly as possible to clean the water tanks and lines. Please do not drink the water until further notice,” officials posted.

City officials made a run to Cedar City to purchase large amounts of bottled water Saturday.

“One case of water per household will also be available at no charge from the Silver Eagle, 575 South Center.” 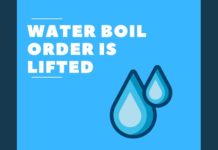