SALT LAKE CITY, Utah, May 9, 2017 (Gephardt Daily) — Breakfast is served on today’s Todd and Erin Morning Stream — The Todd is cooking bacon and eggs while hosting the show. EEEEE!

First big trailer up for the new “Blade Runner” film! Plus! News about ‘The Edge of Tomorrow” sequel and how Idris Elba managed to shut down an entire London neighborhood. Then, there’s Liam Neeson’s free sandwich.

Also! Erin’s laser eye surgery — not as gory as you might expect and the international Awesome of the Moran Eye Center. There’s a screamingly cool time-lapse of how UDOT can demolish and bridge and put it back together again in ONE NIGHT.

In Tell Me Something Good, we’ll tell you how one teenager took his mother’s battle with breast cancer into a lifesaving piece of underwear. And you know those wildly popular new spinner toys? Hear the tragic story of the woman who invented them. It’s all here with toast on the side! Have a listen. 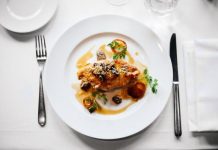 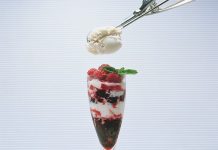 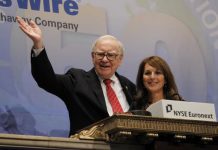