Nov. 6 (UPI) — Get ready for sunnier mornings and an extra hour of sleep, as Daylight Saving Time is set to end at 2 a.m. Sunday.

The yearly ritual means Americans set their clocks back an hour before going to bed on Saturday to prepare for the switch that occurs in the wee hours of Sunday.

The time change is intended to bring more hours of sunlight during winter mornings. Benjamin Franklin proposed the idea in “An Economical Project,” an essay written in 1784, according to the long-published Old Farmer’s Almanac.

“Every morning, as soon as the Sun rises, let all the bells in every church be set ringing: and if that is not sufficient, let cannon be fired in every street to wake the sluggards effectually,” wrote Franklin. He added, “Oblige a man to rise at four in the morning, and it is probable that he will go willingly to bed at eight in the evening.”

But it was William Willet, an English builder who championed the idea in the early 1900s, spending a small fortune lobbying businessmen, as well as members of Parliament and Congress, according to the Almanac.

Although his idea was initially ridiculed, it was finally adopted as a World War I-era measure to save fuel by Britain in 1916 and the U.S. in 1918.

However, Daylight Saving Time means losing an hour as clocks are set forward in the spring. The practice has drawn complaints about its disruptive effects on sleep and schedules. The American Academy of Medicine has called for an end to Daylight Saving Time, citing growing research that shows its deleterious effects on health and safety.

Members of Congress have introduced legislation making changes to Daylight Saving Time, to no avail.

U.S. Sen. Sheldon Whitehouse, D-R.I., said in a video posted to Twitter on Friday that the upcoming switchover was one of his least favorite times of the year since it means darker afternoons. He touted his Sunshine Protection Act that would make Daylight Saving Time permanent.

“We can do a lot better for daylight for everyone who is up in the afternoon,” he said. 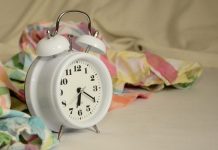 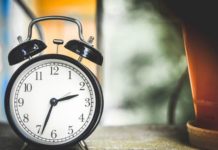 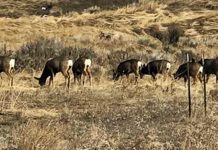