CENTERVILLE, Utah, March 19, 2018 (Gephardt Daily) — Officials have evacuated the Legacy Crossing apartments in Centerville after a natural gas leak in the area.

South Davis Metro Fire Agency said in a tweet the leak is near the apartment complex at 1162 W. Legacy Crossing Blvd. (200 North). The affected apartments are located in Buildings A and B.

A total of 128 units were evacuated at approximately 12:30 p.m., and officials said most of these units were not occupied at the time by people but some had animals inside.

Dominion Energy also requested that the power be shut down in Building B.

Legacy Crossing Boulevard is also closed in that area until the leak is cleared.

Those evacuated can check in at Megaplex Theaters entrance at 1075 W. Legacy Crossing Blvd., accessing the theater from 200 North and 1250 West, which remains open.

“A temporary evacuation center has been set up at Megaplex Theaters in a conference room,” the news release said. “Affected residents are asked to check in with
the liaison in the conference room.”

The cause of the leak has not yet been found, but the gas company said there is no concern to those at the movie theater or any other locations other than the apartment complex.

Dominion Energy has designated the following phone number to call for information: 801-324-5111. Residents may also obtain information by following Centerville Police on Facebook here or on Twitter by clicking here. Police will use Twitter and Facebook to inform residents when it is safe to return to their apartments. 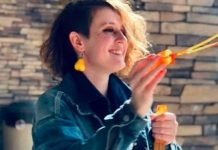 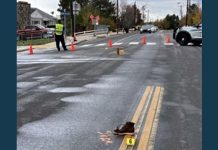 Teenage girl critically injured after being struck by car in Centerville 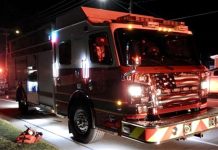