CHICAGO, Illinois, March 4, 2020 (Gephardt Daily) — The Chicago State University men’s basketball team will not travel for two scheduled games this week, and its women’s team will not host two games, the school said Tuesday, due to concerns over the coronavirus; two of these games would have been against Utah Valley University.

The cancellations are believed to be the first by a major sport in the United States due to the virus.

On Tuesday, experience management company Qualtrics, which has co-headquarters in Provo, and Seattle, Washington, announced it is rescheduling its annual user conference amid concerns about the spread of the coronavirus.

The X4 Experience Management Summit was set to be held Tuesday, March 10, through Friday, March 13 at the Salt Palace Convention Center in downtown Salt Lake City.

Dr. Angela Dunn, state epidemiologist, who is leading the public health response to COVID-19, said at a press conference at the Utah State Capitol Monday that the focus of the Utah Department of Health at this time is identifying any person in the state who could possibly have the COVID-19 virus.

She said the state has tested 17 Utahns for COVID-19; there have been 15 negative tests, and two results are pending. Those final two results should come back imminently, she said.

Dunn says there are approximately 65 people who are being actively monitored, who are deemed to be at risk of contracting the virus. These are mostly travelers that have returned from mainland China. All of these individuals are maintaining quarantine in their own homes in case they do test positive for COVID-19. 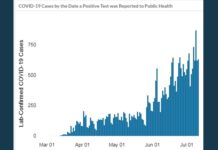 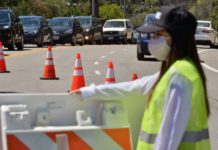