SALT LAKE CITY, Utah, Aug. 9, 2022 (Gephardt Daily) — Salt Lake City Fire crews responded to a gas leak on Tuesday afternoon, and helped evacuate people from at least three businesses until the line could be repaired and the businesses’ air tested as safe.

“There was a little gas line that was disrupted in the street, and there was the possibility of gas in those businesses,” Walker said. “They did evacuate at least three businesses for a short time while Dominion Energy shut off the gas and made repairs.”

Workers were allowed back into the businesses about 90 minutes later, Walker said.

“They were back in their business by 5 o’clock,” Walker said. 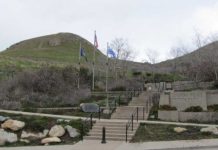 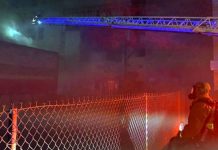