FARMINGTON, Utah, May 2, 2019 (Gephardt Daily) — The Davis County Attorney’s Office has declined to file charges against a Clearfield gas station worker who punched an unruly customer who later died from his injuries.

The altercation happened on April 10 at a Chevron station just off Interstate 15 in Clearfield. When officers arrived, they found the customer, Layton resident Brandon Stufflebean, unconscious, with a head injury, in extremely critical condition.

Stufflebean, 39, was rushed to the nearby Davis Hospital, where he later died.

According to reports, Stufflebean had been arguing with store employees about the purchase of a drink. The argument escalated, and he was punched.

“Having reviewed the video surveillance, witness statements and other evidence in the case, including the very through, complete and commendable investigation Clearfield Police performed, there is no reasonable of conviction if charged,” the letter says.

“There is simply insufficient evidence that (the worker’s) conduct rose the level of criminal conduct. To the contrary, all the evidence points to the conclusion that (his) conduct was legally justified. The case is declined.” 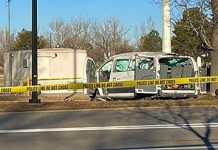 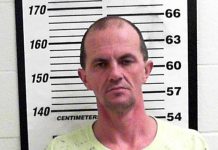