SALT LAKE CITY, Utah, May 25, 2020 (Gephardt Daily) — Governor Gary R. Herbert on Monday issued a declaration honoring the men and women who died while in defense of the United States.

“It is the responsibility of all Utahns to remember these courageous warriors throughout the year and strive to ensure their sacrifice was not in vain and to comfort the families they have left behind,” the declaration reads.

The video may be watched on the Utah Department of Veterans and Military Affairs YouTube page or its Facebook page.

“On Memorial Day, Americans unite to pay tribute and solemnly honor the thousands of men and women who have marched, flew and sailed in defense of the nation, never to return home,” said Herbert. “Among these brave warriors, there are nearly 3,000 Utahns who made the ultimate sacrifice.”

The Memorial Day commemoration video was filmed in Salt Lake City’s Memory Grove Park, which was designated as a memorial park to honor American soldiers. The park includes city and privately funded memorials from World War I onward.

“Memory Grove, where we stand, was set aside as a city park in 1902 but it wasn’t until the 1920s that it was transformed into the beautiful space we have today,” said Mendenhall. “You cannot come to this special place without feeling in a very real way, the bravery, the sacrifice, and the loss that it represents.”

Memorial Day is a designated federal holiday that is observed on the last Monday of May to honor and mourn military personnel who died while serving in the United States Armed Forces.

Since World War I, approximately 3,000 Utahns have given their lives in defense of the United States. Since 2001, 56 Utahns have died while serving in the Armed Forces, including 10 members of the Utah National Guard.

Following President Donald Trump’s Memorial Day proclamation, Herbert ordered the flags of the United States of America and the state of Utah to be flown at half-staff at all state office buildings from sunrise until noon on Memorial Day. Individuals and businesses are encouraged to fly the flag at half-staff for the customary forenoon period.

Utahns are encouraged to come together for the National Moment of Remembrance. The shared moment of silence will be held at 3 p.m. A video of the customary performance of Taps will be played on the UDVMA Facebook page at 3 p.m.

While visiting cemeteries and memorials during Memorial Day, Utahns are asked to adhere to their local health and safety guidelines and maintain physical distancing, the news release said.

“Families may continue the tradition of placing flowers and small American flags at their Veteran’s gravesite at the Utah Veterans Cemetery and Memorial Park in Bluffdale,” the news release said. “Due to COVID-19, the chapel and administration building, including restrooms, are closed to the public until further notice.” 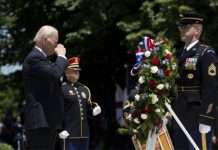 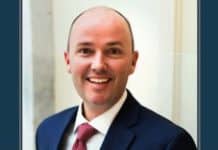