OGDEN, Utah, Aug. 29, 2017 (Gephardt Daily) — A student group has challenged Weber State University to speak out against racial hatred after posters with anti-black and anti-Semitic messages were hung at WSU over the weekend.

The group, the Young Democrats of Utah, said many of the dozen or so posters were taped over or replaced its own posters for a free screening of “13th,” a documentary examining the connection between “mass incarceration of black Americans and slavery through forced labor across the United States today,” the Young Democrats statement says.

“This is a red flag of the spread of radical white supremacy throughout America, and tragically our own state,” says the statement, released by Young Democrats president Lorcan Murphy.

“We denounce in the strongest possible terms this act of racial hatred, and encourage Weber State University to respond in kind. Hatred like this cannot continue to be covered up by institutions of higher learning. We must face this head on.”

About a dozen racist posters found on the Weber State University campus over the weekend were taken down by a student before the first day of the fall term. A few others were removed by returning students.

The posters could be removed because they were taped over existing posters or onto glass casing, which is against school policy, school spokeswoman Allison Hess told reporters.

They were not removed because of their messages, since that would have interfered with the school’s policy of freedom of speech.

Hess has said policies may be re-examined, adding that protecting free speech is important, but so is allowing students to feel safe on their campus. 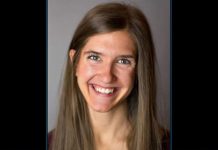