The controversial bill, deemed discriminatory against transgender girls by multiple advocacy and mental health organizations, has stalled after meeting opposition in the Senate.

“House Bill 302, the Victory! HB 302 will not advance,” says a social media post from Equality Utah. “We are grateful to the Senate Health and Human Services Committee, and to all those who worked to include our transgender youth. To our transgender children, you belong.”

“I am feeling tons of love for transgender kids tonight, and for all of you who stepped up to fight for them,” he said, in part. “Thank you all for helping us defeat HB 302 and HB 92 this session! WE DID IT!”

That was after the original bill was passed by the House on Feb. 17, and officials including Gov. Spencer Cox began voicing their concerns.

Cox said he would work to find a “middle ground” on the bill, and added, “trans kids are just trying to stay alive.”

The Utah House Democratic Caucus released a statement after the bill was passed by the House:

“The passage of H.B. 302 from the House today needlessly targets youth who are already marginalized and vulnerable to mental anguish and suicide,” says the statement released Feb. 17.

“This bill also exposes Utah to time-consuming and expensive lawsuits and bad publicity. To discriminate against transgender female athletes in Utah’s K-12 school sports is bad policy and reflects poorly on our entire state.

“If this bill is enacted, Utah may lose out on collegiate championships, the NBA All-Star game, and the winter Olympics as well as the economic and reputational opportunities that come with hosting.

“The legislation is also likely unconstitutional under the Equal Protection clauses of the U.S. Constitution and Utah State Constitution,” the statement continues. “The bill runs contrary to the spirit of our state’s shared values against discrimination and equal opportunity, and it exposes Utah to millions of dollars in legal fees. The Utah High School Activities Association (UHSAA) already has rules and standards in place to address these extraordinarily rare cases, as does the NCAA.

“Instead of persecuting kids who deserve our love and support, just let them play sports and let us get back to issues that benefit our constituents.”

Transgender Educational Advocates (TEA) of Utah also released a statement on the House passage of the bill by a vote of 50-23.

“In my 15 years of advocacy work and almost a decade of working with gender-diverse individuals and their families, I have never seen a time when these young people have been more under attack,” said Dr. Candice Metzler, Executive Director for Transgender Education Advocates of Utah. “The messages being sent to them are damaging on a number of levels.”

The TEA statement says the reasons include a damage to the targeted transgender athletes, and a likely increase in bullying and self-harm; the lack of a need for a potentially harmful policy, given that no transgender females currently compete in Utah at any level; and a public show of disrespecting the youth of the transgender community.

See the modified bill below. 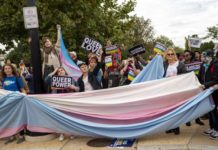 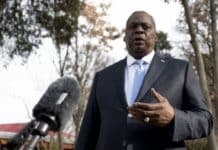 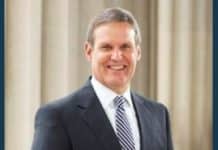