The live music event scheduled for Aug. 6 and 7 drew thousands of music fans to the Utah State Fairpark. Many had driven cross country and even planned vacations around the two-day event. The long-awaited concert was to include some of the brightest stars in the hip-hop galaxy, including Utah’s newly-adopted favorite-son, Post Malone, who is the headliner for the festival Saturday.

Most fans didn’t realize four of Friday’s top acts were no longer performing until they were at the fairgrounds after doors opened at 11 a.m.

“First, we heard Suicideboys weren’t coming because the band got COVID-19, then DaBaby and The Kid Laroi, they aren’t showing up,” one fan told Gephardt Daily. “No one said why. And Ski Mask the Slump Dog is gone, too. They still put on an OK festival, but the intermissions were really long. Then the show just ended. No one announced anything. We better see Postie Saturday night.”

The first notification a major act was not going to appear was posted on the HIVE Music Festival Facebook page Friday and confirmed Suicideboys’ cancellation.

“Some very unfortunate news about tonight’s performance. We wish them the best in their recovery and hope you come support the rest of the artists,” the FB post read. The post was accompanied by an apparent message from the Suicideboys’ management.

“This past week the Suicideboys and the G*59 team caught COVID and unfortunately $B will not be performing at the HIVE Festival. We were hoping to rest and recuperate in time to still make the festival, but as of today it is no longer possible. We encourage you still go and watch our brothers Night Lovell and Ramirez perform. We will make up for this in the future and come back even stronger. Thanks for understanding. We love all of you.”

While a few fans we talked to said the festival wasn’t a total disappointment, hundreds of others who posted on social media were not so generous in their appraisal. They demanded money back for their premium tickets and shaded the festival organizers by saying the event was akin to the infamous Fyre Festival, the notorious hip-hop event which was promoted as a high-rollers’ affair to be held at a luxury destination in the Bahamas in 2017.  In the end, the festival flopped due to gross mismanagement and was ultimately postponed and cancelled. Those who bought outrageously priced tickets expecting high-end accommodations were collectively bilked out of millions.

“So glad we spent $1,500 to come to this shit show,” wrote one angry fan. “How are you gonna take your HEADLINER out and not give us our money back? Not impressed at all.”

“We spent almost $1,000 for two, two day passes,” wrote another fan. “There was no staff anywhere to be found, zero accommodation for water even though it’s in the middle of summer…. This was by far the most poorly planned, executed, and poorly run concert I have ever attended. I talked to probably 20 people tonight who all agree, this is not what we paid for and we deserve to be reimbursed. Do better. Fyre festival all over again.”

Other angry ticket holders went so far as to threaten legal action against festival organizers.

“Y’all better rename this festival next year because your name will definitely be on the list with the Frye Festival. This has been nothing but disasters from the start. Removing headliners the day OF? Knowing that they wouldn’t be able to attend ‘this past week.’ Removing other artists without EVEN SAYING ANYTHING AT ALL, to the fans who paid hundreds to THOUSANDS of dollars to come out and support these artists and your festival. Your company definitely owes refunds and at the very BARE minimum an apology. This is absolutely asinine.”

A Utah mom who spent nearly a $1,000 on tickets said she was deeply disappointed. She said she paid for the tickets as soon as they went on sale, and it was a special treat for her son and his girlfriend, who hadn’t been to a live music act for more than a year due to the pandemic.

“I paid for the two tickets. Combined, it was literally $980,” she told Gephardt Daily. “It’s really a big disappointment to know that they knew for example the Suicideboys last week had COVID. They made no type of announcement or anything.”

A request for comment from HIVE Festival promoters was unanswered Saturday morning. 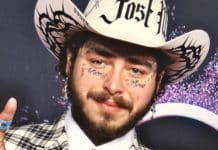 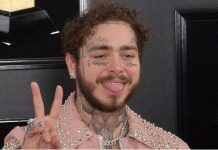