The legislation, sponsored by Rep. Jim Dunnigan of Taylorsville, would expand full Medicaid coverage to 16,000 of Utah’s poorest residents, the mayor’s office said in a news release.

“This is a critical opportunity to ensure those living in poverty in our state get health care coverage during this legislative session,” Biskupski said in response to the bill. “Providing health coverage for these individuals makes economic sense and it is also the compassionate thing to do.”

The measure would cost approximately $100 million, with the state paying $30 million and the federal government providing $70 million.

“Significant numbers of low-income individuals with behavioral health problems cycle in and out of jail and struggle with access to limited treatment programs,” McAdams said. “These are the people Representative Dunnigan’s bill would help.”

The mayors have worked together this legislative session for increased funding to support shelter and social services for the Utah’s chronically homeless, most of whom live in Salt Lake City and Salt Lake County.

HB426, sponsored by Representative Francis Gibson of Mapleton, would provide $27 million in one-time and ongoing funding to address needs for the homeless. Medicaid expansion for the very poor would help the mayors in leveraging funding for the broad spectrum of programs that both support.

“This is the optimal proposal, but the political climate will not support a full expansion at this time,” Biskupski said.

“We hope that in the future our legislators will look toward serving all the uninsured in Utah,” McAdams said. “This is an important step in that direction.” 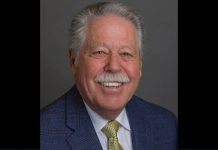