A news release says that the arrest of Jacob Loren Thompson, 39 was made on March 19 with assistance from deputies from the United States Marshals Office. He is also facing other federal charges.

Thompson was found to be in possession of multiple fake federal identification badges along with other law enforcement identifiers. He is currently at Davis County Jail.

Officials are searching for anyone who may have been contacted by Thompson while he was impersonating a federal or local law enforcement official. He is described as Caucasian, with brown hair and “multi-colored eyes,” the post said. He is 6 feet 1 inch tall and weighs 185 pounds. He has a tribal tattoo on his right arm. Thompson drives a black 2013 Dodge Durango equipped with a light bar that flashes red and blue lights. 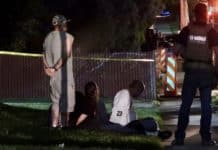 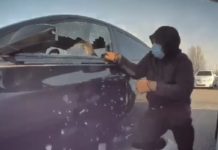 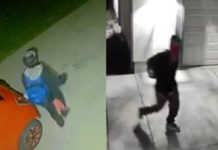 Kaysville police searching for suspects after ‘rash’ of vehicle burglaries