CEDAR CITY, Oct. 10, 2020 (Gephardt Daily) — A man has been charged with sexual assault of a child in Iron County 17 years after the alleged crimes occurred.

The offense date given in the affidavit is June 26, 2003. According to records in the former cold case, a 13-year-old victim was taken to an emergency room at Valley View Medical Center on that date, and was give a sexual assault examination, which included the collection of a DNA sample.

The victim told officers at the time she had been staying with member of Cedar City family, one of whom was married to Smith, then 23.

After a group trip to a local gym, the victim was ready to leave before others, so Smith allegedly offered to drive her back to the residence, the probable cause statement says.

The girl later told officers Smith suggested they have sex, and she so she told him she was only 13.

“Mr. Smith made a statement about forcing her to have sex and he jerked (the victim) into the hallway,” the affidavit says. “Shawn brandished a knife and took (the victim) into a bedroom. Shawn removed (her) clothing” before assaulting her, the court paperwork says.

“Shawn told (the girl) that he would kill her if she told anyone about what happened.”

Law enforcement officers also interviewed Smith at the time, and found him to be in possession of a knife.

“Mr. Smith denied having sexual intercourse with (the girl),” the statement says.

Officers obtained a blood sample from Smith. That and the swabbings were taken to the Utah State Crime Lab, which found an amount of seminal fluid too small to test at that time.”

In 2018, technology had improved and funds were obtained for retesting, the statement says. A male DNA profile was obtained from the cervical swab.

“This DNA profile was entered into the Combined DNA Index System (CODIS) and was searched against the Utah and National databases, finding a match with Shawn Michael Smith,” the statement says. 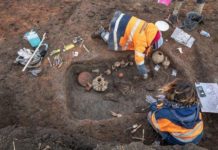 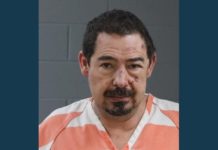