LEHI, UTAH – August 29, 2015 (Gephardt Daily) – One man was transported to an area hospital by Life Flight after being electrocuted in Lehi this morning, police said.

Police were called to 750 South 1150 West in Lehi at 11:45 a.m. after reports came in that a man had been posting a banner, when the metal pole came into contact with a high voltage power line, said Detective Chris Hadlock with Lehi Police Department.

There is no word at this time on the victim’s condition. We will have more details as they become available.

This is the second electrocution accident in as many days. According to witnesses, members of a roofing company were attempting to put an aluminum ladder at the side of a business at 88 W. 13100 South when it fell backwards striking power lines yesterday.
Aaron Garn, a husband and father of three children, was killed and two other men were flown to area hospitals in critical condition. 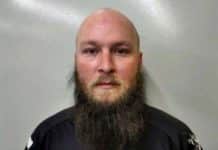 Update: Southbound I-15 reopens after shots fired near Lehi