SALT LAKE CITY, Utah, July 17, 2022 (Gephardt Daily) — A man has been sentenced after he admitted to arson and the torture of a companion animal.

“Salt Lake County Animal Services is satisfied with the sentencing of Michael Paul Busico, 41, who tortured a companion pet in the spring of 2021,” the agency’s statement says.

“Busico admitted guilt to setting Dixie, a 4-year-old Red Heeler, on fire after taking her from her yard in an effort to intimidate her family. The dog suffered from extensive 2nd and 3rd degree burns to most of her body and was euthanized because of her injuries. Busico was charged with felony Animal Cruelty for the torture of a companion animal, as well as other charges. Dixie was a victim of domestic violence.

“This week, a judge sentenced Busico to one to 15 years in the Utah State Prison for the arson conviction, and up to five years for the animal cruelty conviction. The judge also ordered the sentences to run consecutively, meaning Busico could serve up to 20 years in prison if he serves his full time.”

“The outcome of this case is a huge win for pets in Utah. This is a step in the right direction and emphasizes that animals cannot be tortured to manipulate and hurt other humans. Salt Lake County Animal Services hopes that these strict penalties will deter future animal and domestic abuse cases.

“Our Animal Control Officers and staff are still devastated by what happened to Dixie,” said Butler. “No pet should suffer at the hands of a human. Throughout the years, our team has seen mistreated, and abused animals but this was not only horrific, but it was also an intentional attack against a companion animal.”

The agency’s staff “has never forgotten Dixie and the pain and suffering both she and her family went through. We’re hopeful this resolution can give Dixie’s family peace,” Butler’s statement says. “Dixie’s legacy will live on in our community, and in our efforts to stop animal abuse universally.”

According to court documents, Busico was the former boyfriend of a Tooele County woman whose daughter lived with her and owned Dixie. The victims told police believed the dog was taken in retaliation for the breakup and a money dispute.

The arson charge is a result of the grass fire started when the dog doused with accelerant and burned. 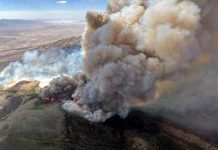 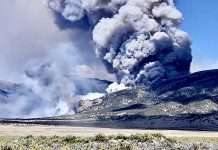