WEST VALLEY CITY, Utah, May 10, 2020 (Gephardt Daily) — A man was stabbed during an altercation at a West Valley City house party Saturday night.

A man became belligerent during the party and an altercation took place, Maurer said. The man left the gathering, then came back.

He alluded to having a firearm, though a weapon was not seen. The man pushed his way through the door, at which point he was stabbed in the abdomen by a person at the party.

The man who was stabbed fled the scene, Maurer said. Police were called and a containment area was set up. Intermountain Medical Center officials then called dispatch to advise that a man with a stab wound had just come into the ER. The man had been driven to hospital by a family member.

The containment was called off and police went to the hospital. After being treated, the man was arrested.

The reason for the original altercation is not clear at this early stage. 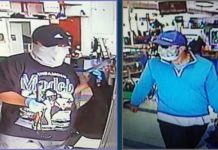