SOUTH SALT LAKE, Utah, March 21, 2021 (Gephardt Daily) — A missing South Salt Lake boy who was last seen Friday and whose disappearance sparked an alert and request for help from police has returned home on his own, officials say.

He was considered endangered due to his age, and had left home before, but had not returned on his own, the alert said.

This time he did.

“Thank you all for sharing and getting this information out to the community,” said a statement released Sunday afternoon. “Kevin returned home on his own. His dad just called and notified us.

“We have an officer responding to the home to verify and check on Kevin’s welfare.” 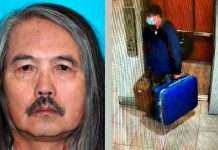