MOAB, Utah, Nov. 22, 2022 (Gephardt Daily) — Police have arrested a woman suspected of passing counterfeit bills at several locations in Moab and throughout the Rocky Mountain region.

The woman was arrested Monday night after allegedly passing a counterfeit $100 bill at Maverik, 435 N. Main, according to a Facebook post from the Moab City Police Department.

A sergeant who viewed surveillance footage from Maverik recognized the woman’s truck at another gas station in Moab, police said.

“Based on evidence recovered, we know that this woman has been passing counterfeit bills all over town,” the post states. “We have identified several businesses that were victimized already.”

Moab police say the same woman is linked to reports of counterfeit bills passed throughout the Rocky Mountain region.

“Due to the excellent proactive police work and investigative efforts of the Moab officers and detectives, this multi-state offender is behind bars at this time,” the post states.

Police estimate there have been dozens of victims in southeastern Utah, “meaning she has essentially stolen ten of thousands of dollars from our communities.”

Anyone who served the woman or recalls her visiting their store is asked to contact the Moab City Police Department at 435-259-8938.

Police also are asking for help locating a trailer in connection with the woman’s counterfeit operation. The trailer is believed to be abandoned in or near Moab, police said.

“Please keep an eye out for it and call us if you see it,” the Facebook post states. 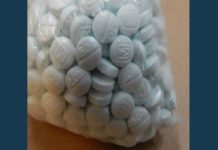 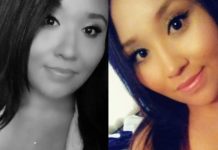 Child in serious condition after being pulled unresponsive from Moab pool