RICH COUNTY, Utah, Nov. 5, 2018 (Gephardt Daily) — A charge of negligent homicide was filed Monday against a target shooter whose bullet hit and killed a teenage boy boy who riding with family members in a passing car.

The charge was filed by the Rich County Attorney’s office against Kayleen Richins in the Sept. 23 shooting, which caused the death of 14-year-old North Ogden resident Zackary Kempke.

The teen, along with his sister, was a passenger in his parents’ car. They were driving through the Eli Ridge area of the Monte Cristo Mountain Range when the victim was hit.

“The family was there to see the fall leaves,” says a probable cause statement in the case. “The family was driving through an aspen forest along a dirt road off Highway 39 when their jeep was pierced by a single round, which caused Z.K.’s immediate death.”

Richins, 40, was in the dense forest with her family, shooting at a paper target on a cardboard box, the statement says.

“The presence of the road is not immediately apparent from where the defendant fired the rifle,” it says.

“To observe the road would have required investigating what lay beyond the trees behind the target. The defendant did not investigate beyond the trees. It was this failure to properly ascertain what was downrange of the target before setting up the target, and firing the shot, that led to Z.K.’s death.”

The statement was signed by Benjamin B. Willoughby, Rich County Attorney.

The negligent homicide charge is a class A misdemeanor. 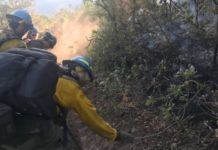 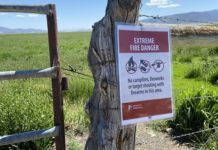 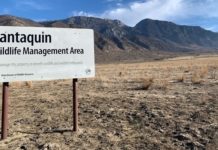