“Upon arrival, crews found active fire coming from the west corner of the home,” says a statement from the Ogden City Fire Department.

“Crews made a transitional fire attack knocking down fire from the exterior and making entry to assess fire conditions on the interior of the structure. An interior fire attack was utilized to identify the seat of the fire in the home.

“The home to the West of the initial incident was exposed to fire. Fire was found in the attic of this structure. Crews were assigned to mitigate fire in the second home concurrently.”

The 18 Firefighters who fought the blaze were from Ogden City and South Ogden Fire departments. They responded with two engines, two ladder trucks, one rescue truck, one ambulance, one Fire Marshal and the battalion chief.

“There were no injuries associated with this incident. Occupants safely exited the structure without incident,” the OCFD statement says.

“The cause of the fire is currently under investigation. Damage is estimated at $150,000 at this time.” 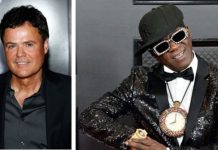