OREM, Utah, Oct. 17, 2018 (Gephardt Daily) — The Orem Police Department has revealed the name of the suspected burglar fatally shot Monday after the homeowner discovered him in the residence’s detached garage.

The man, who later died at an area hospital, was 49-year-old Marcos Rosales, the OPD tweet says.

On Monday, the Orem Police Department reported that a shooting took place about 7 a.m. inside a detached garage at a home near 400 North 800 West.

Police on scene said the owner of the home heard a noise, grabbed his gun, and went to investigate. He was then allegedly confronted by an intruder who police said swung an object at the homeowner’s head.

The suspect — now known to be Rosales — was shot in his torso multiple times. He was taken to the hospital with life-threatening injuries. Police reported at noon the same day that he had died. 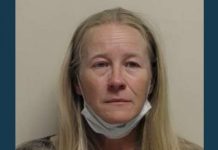