“On Saturday, Pleasant Grove City was notified that one of three test samples from the area of the City located on 300 North between 300 East and 400 East tested positive for E. Coli bacteria,” said a news release.

“The specific testing was done as a result of one residence in that area testing positive for coliform bacteria during our routine monthly testing process of our culinary water system.”

Officials analyzed the entire culinary water system that serves that area of the City and determined that this incident is isolated to an area of approximately nine service connections in that specific area, the news release said.

“In order to be as cautious as possible, and pursuant to the requirements of the State Department of Drinking Water, the City must issue the Boil Order Advisory to all utility customers within the Monson service area, even though all indications are that this is a very isolated incident,” the news release said. “The area subject to the Boil Advisory is shown in blue on the map.”

The City has taken the following steps as a result of this positive test:

1. Notified the State of Utah Department of Drinking Water and has been coordinating with them on the City’s response and further testing.
2. Completed a Drinking Water Level 1 assessment of the system.
3. Chlorinated and flushed the water system in the affected area.
4. Provided bottled water for the homes directly affected by the test results.
5. Performed additional testing to confirm that the problem is isolated to the one street.
6. Issued a Boil Order Advisory for businesses and homes located within the Monson
service area. Based upon the current data, the area directly affected are the nine homes
located on 300 North between 300 East and 400 East.
7. Will perform additional testing in the area to determine when the system will be cleared
for consumption.

“The cause of the positive test has not been determined,” the news release said. “The City has arranged to have continued laboratory testing over the weekend to monitor the system. Please refer to the official Boil Order Advisory and map for additional information. Updates will be sent as additional information is available. We do expect to have more test results confirmed sometime Sunday, Sept. 6.” 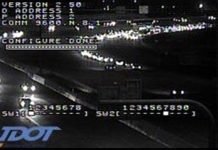