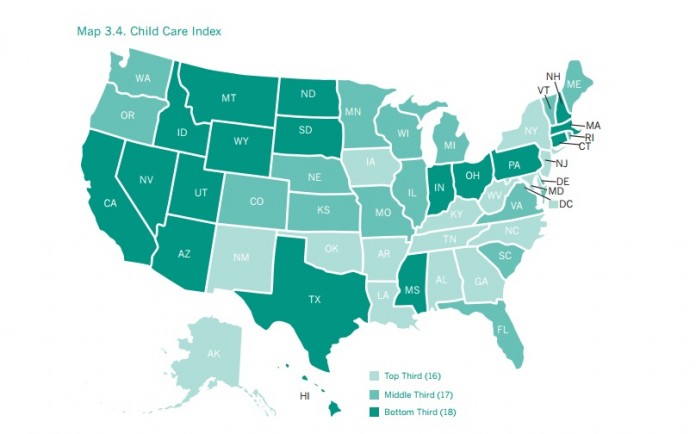 SALT LAKE CITY, UTAH – May 26, 2015 (Gephardt Daily) –  A new report from the Institute for Women’s Policy Research said Utah is the second worst state to raise children in. Utah was one of only three states that received an F and was ranked the second worst place to raise children, only behind Indiana. In third place was Montana, followed by Mississippi and Wyoming.

New York, California, and the District of Columbia have the highest scores on the work and family composite index, which reflects, in part, high rankings on paid leave.

Indiana, Montana, and Utah have the lowest scores on the work and family composite index overall and rank in the bottom ten states for three of the four components.

States in the Pacific, Midwest, and Northeast are most likely to be among the top performing states; states in the Mountain West are least likely to perform well in the area of work and family.  No state received a grade higher than a B on the work and family composite index. California, New York, and the District of Columbia received a B, and New Jersey, Rhode Island, and Oregon a B-.

According to the report, the best states are:

And the worst states are: