These are the top 10 metro areas where porch pirates strike most:

More than half of the metros where package theft is highest are also high-tech hubs—San Francisco, Salt Lake City, Baltimore, Seattle, Austin, and Denver.

To identify the metros where porch pirates plunder the most, the study analyzed larceny-theft rates and Google Trends data.

Here are some tools and best practices to protect your purchases. 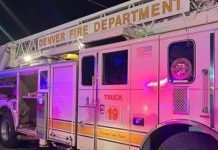