The episode reportedly took place at Minkevitch’s Plain City residence, and involved others who live there.

According to a probable cause statement, Minkevitch is accused of breaking numerous things at his residence on the evening of Thursday, Nov. 7.

The Weber County Sheriff’s Office responded to the residence and was told by a minor that Minkevitch and another adult were yelling, and there were sounds of objects being broken, the probable cause says.

Three children were in the home at the time.

The arriving officer wrote that he noticed Minkevitch sweeping up a pile of dirt on the kitchen floor.

“When I walked into the home I observed many broken items throughout the first floor of the home,” the probable cause statement says. “I spoke with Matthew who stated the following; Matthew and (the other person) began to argue about his job and how committed he is to it. Matthew became very frustrated with (the other adult) and started throwing objects off of the kitchen table and even flipping the table.”

Minkevitch said he threw items, but never at the other person. He told the officer he grabbed items from the family room, such as lamps and decorations, “and began banging them onto a table in the family room, breaking each item as he did so.”

Minkevitch told the officer that he knew there were three minors in the home. He has pleaded innocent of all charges.

The Road Home announcement said that Michelle Flynn, associate director of programs, would step into Minkevitch’s role as interim executive director, taking over for Minkevitch.

“We are grateful to Michelle for stepping in at this transitional time for The Road Home,”  Greg Johnson, president of the Board, said in the prepared statement.

“We are confident that she and the entire Road Home team will continue to work to ensure that The Road Home remains strong in fulfilling its lifesaving mission to help people step out of homelessness and back into our community.” 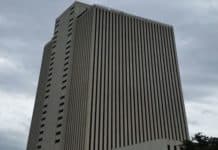 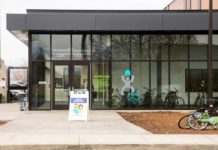 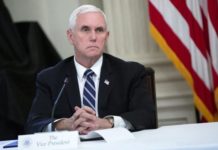