SALT LAKE CITY, Utah, Feb. 2, 2020 (Gephardt Daily) — Police responded to an incident late Saturday night at a Salt Lake City truck stop and found two men who were uncooperative, even though one was bleeding from a stab wound to the chest.

Officers arrived and found the victim, who was bleeding from the chest but wouldn’t say how he became injured. He was transported to Intermountain Medical Center in stable condition, Valencia said.

Officers also made contact with the alleged suspect, but neither he nor the victim were providing any details, and officers were unable to find a shell casing or a weapon.

Witnesses told the police they heard gunshots, but no one actually saw what happened.

“There were no witnesses that can pinpoint who shot, or where, or what,” Valencia said.

He said the officers had to release the alleged suspect because they “don’t have a crime scene” and “the victim doesn’t want to be the victim.”

Asked what the police will do next, Valencia said, “We have to look at state code for clarification and, based on that, we’ll go from there.”

He said there was no indication that drugs or alcohol were involved, and the incident wasn’t the result of a domestic situation.

The two men are co-drivers, and there is no other relationship between them, Valencia said.

The truck the men were driving had a shattered window, but again, no explanation or details were offered to the police.

Valencia said someone told the officers it sounded like the two men had been arguing.

“There’s no danger to the community, no one is running around with guns,” he said. 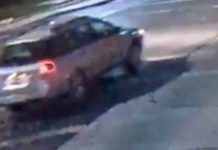 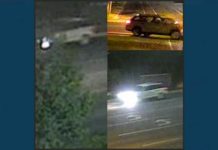