According to reports from the scene, the driver had to be extracated. His condition is not known. There are also concerns about a possible fuel spill.

Traffic is delayed, according to UDOT’s traffic site. The site estimates the roadway will be cleared by 7:20 p.m. 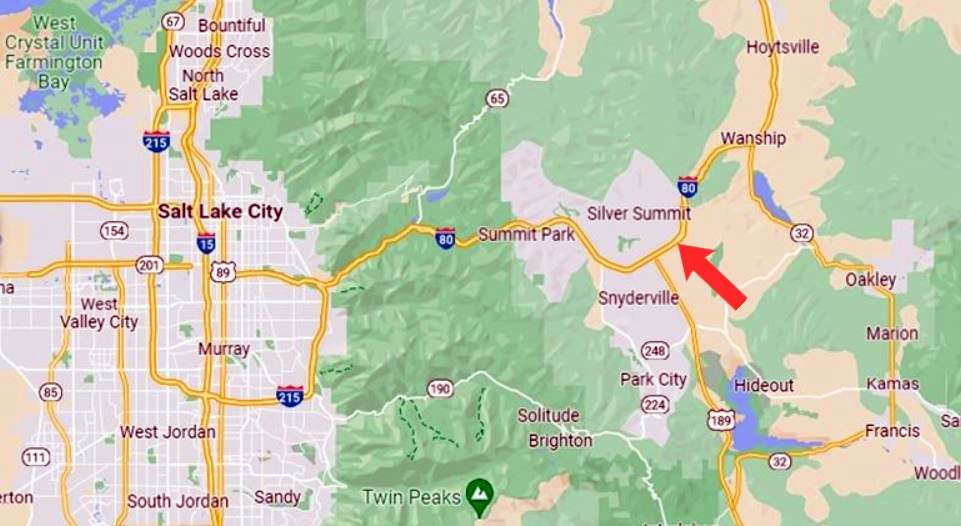 The area marks the area impacted by the accident. Image: Google Maps