SOUTH JORDAN, Utah, May 16, 2018 (Gephardt Daily) — Officials in South Jordan have released their final report on a Tesla that crashed into a Unified Fire Authority pickup on Friday when set to the autopilot mode.

The incident occurred at 6:38 p.m. when the South Jordan Police Department received a report of a traffic crash involving a Tesla Model S and a mechanic truck from the UFA, the news release from police department spokesman Sgt. Sam Winkler said.

The incident, which resulted in injuries to both drivers, occurred at 10400 S. Bangerter Highway, at the intersection of State Routes 154 and 151.

The driver of the Tesla was transported to a local hospital with a broken right foot. The driver of the UFA vehicle was checked for injuries related to whiplash; however, he was not taken to a hospital for evaluation.

The National Highway Traffic Safety Administration (NHTSA) is sending an investigation team to Utah to conduct their own review of this incident, the news release said.

“As a reminder for drivers of semi-autonomous vehicles, it is the driver’s responsibility to stay alert, drive safely, and be in control of the vehicle at all times,” the news release said. “Tesla makes it clear that drivers should always watch the road in front of them and be prepared to take corrective actions. Failure to do so can result in serious injury or death. Check with the vehicle’s owner manual to determine if this technology can be used on city streets or not.”

The South Jordan Police Department said it would like to express gratitude to Tesla and their technicians, National Transportation Safety Board, and NHTSA for assisting in this
investigation. 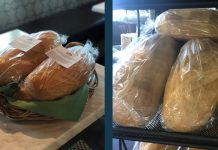