Martin Ryan Farnsworth, 17 and being tried as an adult, pleaded guilty to Wednesday to attempting to commit felony injury with a incendiary device, a first-degree felony.

According to his probable cause statement, Farnsworth entered Pineview High School with two backpacks, and later left one leaning against the corner of a vending machine after opening the backpack and lighting the fuse of the homemade device inside.

Students saw black smoke coming from the backpack and detected a strong odor, and reported it to administrators, the statement says. The school resource officer removed the backpack from the school, which was subsequently evacuated, and the bomb squad responded.

Farnsworth was identified from surveillance video as the person who placed the backpack, the probable cause statement says. When located, he was still wearing the clothing seen on the video.

The device found was made of a metal soup can filled with metal BB shots removed from shotgun shells, the statement says. Other components included canning lids, gun powder and gasoline. JROTC clothing also was found in the bag.

Post-Miranda, Farnsworth was asked if his intent was to hurt anybody, the statement says.

“He replied “Kind of a little bit. If someone got hurt, I probably wouldn’t care.’,” the statement said.

“The way life is going, it’s not going well,” he said later in the interview, the statement says. “There’s a bunch of bad people. I don’t like the way the world is going. I just wanted to do something to make it different.”

Investigators said Farnsworth also admitted at that time to committing vandalism a few weeks earlier, saying he had erected an ISIS flag at Hurricane High School, and sprayed graffiti on the school’s exterior wall.

Farnsworth faces sentencing on April 17 for the single felony charge he admitted to as part of the plea deal. 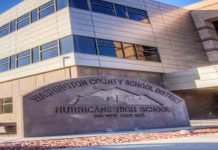 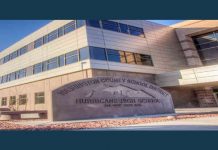