PRICE, Utah, May 4, 2022 (Gephardt Daily) — A 52-year-old man died, apparently immediately, when a pickup truck he was working under rolled onto him.

Just after 2:30 p.m. Wednesday, Price City police were notified of the incident, which happened in the parking lot of a Sutherlands store at 405 S. Main, a police statement said. Michael Woolsey, of Spanish Fork, had pulled into the parking lot to perform some repairs on his F350 Super Duty pickup. He was also hauling a large, flatbed trailer.

Woolsey had pulled the truck onto a ramp to get underneath to work on the vehicle. While he did so, the truck rolled backwards off the ramp, landing on top of him and trapping Woolsey under the vehicle. There were numerous witnesses on the scene, and it was reported Woolsey stopped moving immediately after becoming pinned under the truck, the PCPD statement said.

“Multiple police, EMTs and firefighters arrived on scene within minutes where it was ultimately decided that Mr. Woolsey had passed away.”

Investigation is continuing, but it is believed the incident was an unfortunate accident.

“Price City Police wants to remind you to take all necessary safety precautions while working underneath vehicles,” the statement said. “This includes using appropriate ramps, blocks, and having someone else there to assist.” 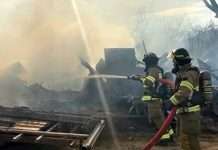 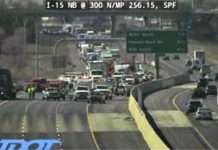 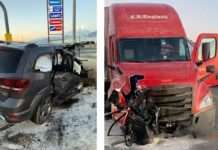