A probable cause statement from the 3rd District Court of Salt Lake County said Brandon Charles Bott, 31, is facing charges of:

On Wednesday morning, Bott and two other men arranged to meet the victim outside his apartment, the statement said. They then allegedly proceeded to beat the victim, it said.

“They then forced their way into the victim’s apartment at gunpoint where they forced the victim to produce items of value that were subsequently stolen,” the statement said. “While in the victim’s house they duct taped the victim’s head and mouth; that victim would later flee outside.”

The other two men pursued and caught up to the victim and allegedly beat him severely.

“Victim two remained in the residence with Brandon Bott; when victim two tried to leave, Brandon pulled victim two back into the apartment,” the statement said. “Victim two eventually broke free from Brandon and yelled for help.”

The crimes were committed when Bott was on probation, the statement said.

The statement does not identify the other two suspects. It’s not clear if they have been arrested. 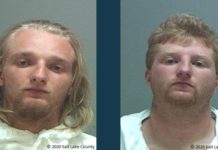 Victim allegedly beaten with bat, rock after yelling at men for reckless driving in Kearns 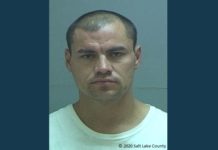