PLAIN CITY, Utah, June 15, 2016 (Gephardt Daily) — A man and a woman are in critical condition after a single-car rollover in Plain City Wednesday night.

Investigators at the Weber County Sheriff’s Office told Gephardt Daily the accident happened at  about 8:30 p.m. when the Mazda sedan the couple was riding in failed to negotiate a curve at 3100 W. 1975 North.

Witnesses say the car jumped the curb and crashed through two fences, rolling several time before coming to a stop.

A 28-year-old male driver was taken by LifeFlight helicopter to a Salt Lake City hospital with a possible broken neck.

A 26-year-old female passenger was taken to a local hospital by ground ambulance.

Neither of their names has been released.

The cause of the accident still under investigation. 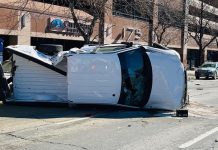 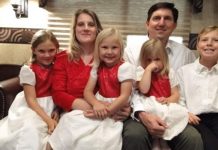