The Battle Creek 2 Fire broke out Saturday night at approximately 9:30 p.m. and was first estimated at seven acres.

Utah Fire Info tweeted at 10:25 p.m. Saturday that the blaze was estimated at 50 acres and was growing rapidly. A total of 34 homes were evacuated as a result of the fire.

All evacuations for the fire were lifted early Sunday afternoon.

A news release from Utah Fire Info Wednesday said: “Crews continue to construct control lines around the entire perimeter of the fire. Pockets of heat remain in some areas. The fire continues to smolder and creep along the ground cover, causing continued smoke. A helicopter is supporting crews on the ground with bucket drops across the fire. Crews will continue mopping up, moving interior from the perimeter to secure the control lines even stronger.”

A fire weather watch has been issued due to the extremely dry conditions and low humidity, combined with gusty winds, the news release said.

Resources on scene are 69 personnel, two engines, one handcrew, one helicopter plus crew and one squad of smokejumpers. 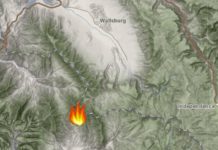 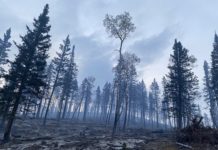 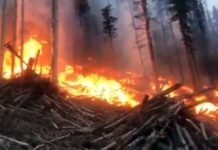