Utah Fire Info posted on Facebook that witnesses are being interviewed about the circumstances surrounding the cause of the fire and are being cooperative. Officials did not say exactly how the fire started.

“There are pre-evacuation notices in portions of Hideaway Valley,” the post said. “Pre-evacuation means be ready to leave and pay attention to fire conditions.”

Evacuations have been ordered for Blackhawk Estates, with mandatory evacuation west of Milburn Road and north of Hilltop Road, according to information from the Sanpete County Sheriff’s Office. Mandatory evacuations were also added for the area of Hideaway Valley south of South Ridge Road west of Shadow Canyon Road later Tuesday afternoon.

Tuesday morning officials said at least 150 structures are threatened, and two of those structures have been lost.

Firefighters, along with tanker aircraft, are battling the fire, which officials said is 1,400 acres and zero percent contained.

A total of 95 personnel are assigned to the fire, including 16 engines, four dozers, one helicopter and one handcrew.

Tuesday, fire managers are directing crews to directly attack on the north flank of the fire. “Structure protection is one objective today,” a post on the Utah Fire Info website said. “Dozers and one road grader will continue working to implement line and anchor points. The fire is burning in timber, brush and short grass.”

Gephardt Daily will update this story as any new information becomes available. 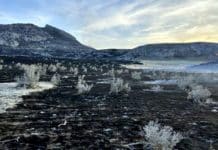 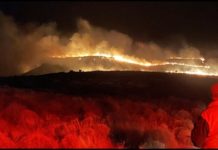 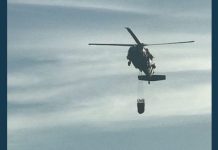