Lt. Del Schlosser from the Iron County Sheriff’s Office said in a news release Darwin Mao, 52, and Richard Essex, 63, both from Las Vegas, were pronounced dead at the scene.

An earlier news release said that it was known an aircraft was in distress five miles south of the Cedar City Regional Airport at approximately 8:45 a.m.

“A few moments later, Cedar communications was advised of an airplane which had crashed,” the news release said. “It appears the aircraft struck a communications tower which is approximately 300 feet tall near 6500 W. 4000 South, Cedar City.”

The follow-up news release said the Federal Aviation Administration has concluded their on-scene investigation and the National Transportation Safety Board has the aircraft. The investigation into the crash will continue. The aircraft is a single-engine North American Navion, which is a World War II era aircraft.

“Our thoughts and prayers are with the families of the victims at this time,” the news release said.

All further information about the crash will be released by the FAA or NTSB. 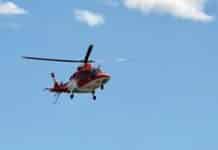 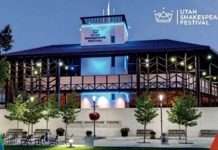