McAdams tweeted Monday morning: “My pay will be withheld during the gov’t #shutdown. I voted to end the shutdown and return access to services, putting #Utah first.”

Back in December, Rep. John Curtis, who has served Utah’s 3rd congressional district since 2017, made the same request.

“As I have done in previous government shutdowns, I have asked the Clerk of the House to withhold my pay until the government reopens,” Curtis tweeted.

Curtis also announced in early January that he presented a bill to prohibit Congress from being paid during government shutdowns.

“The American people expect Congress to do its most basic job: pass a budget and fund the government,” he tweeted. “If we can’t, then we shouldn’t get paid. Today I introduced H.R. 26, the ‘No Work, No Pay Act of 2019.’ My bill would prohibit Congress from being paid during government shutdowns.”

The federal government has now been partially shut down for 17 days, with 800,000 federal employees not getting paid, after President Donald Trump’s insistence that any funding bill to reopen federal agencies include $5.7 billion for his border wall.

Trump tweeted Sunday night: “V.P. Mike Pence and group had a productive meeting with the Schumer/Pelosi representatives today. Many details of Border Security were discussed. We are now planning a Steel Barrier rather than concrete. It is both stronger & less obtrusive. Good solution, and made in the U.S.A.”

Trump also announced Monday morning that he will address the nation “on the humanitarian and national security crisis on our southern border.” His address will take place at 7 p.m. Tuesday, mountain time. 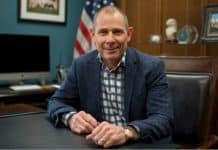 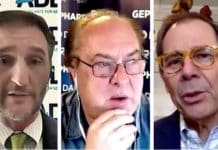