Armstrong, who has danced on four seasons of the ABC show, is a California native whose family moved to Utah when he was 12. He studied dance here with Shirley Ballas and future fellow pros Corky and Mark Ballas, who are father and son.

Armstrong and Ivers first met on Instagram and started dating in early 2021, according to People. Armstrong proposed to Ivers with a custom movie trailer at a Utah theater on Monday, according to UPI. The couple made their engagement social-media official on Tuesday of this week.

Fellow “DWTS” pros Peta Murgatroyd and Britt Stewart were among those to congratulate Armstrong in the comments. 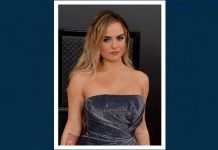