The female victim was injured when her snowmobile hit a tree, a statement from Wasatch County S&R says. Rescue crews, called out just after 1 p.m., responded to the Strawberry/Daniels Summit Loop area.

“Wasatch Dispatch was notified of a snowmobile crash with injuries,” WCS&R said.

The injured woman was located and stabilized for transport by AirMed to an area hospital. The rescue operation took about two hours, the Wasatch S&R statement says.

The victim reportedly suffered broken bones. Her condition was not provided. 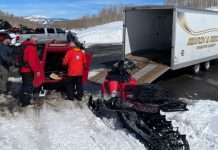 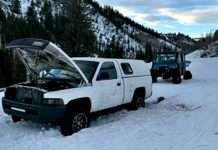 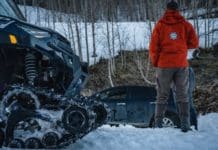