Oct. 19 (UPI) — Atlanta authorities have turned over evidence to a forensic lab in Utah, hoping that it will produce some definitive proof in the deaths of numerous children who were killed in the city four decades ago.

Bottoms did not disclose the name of the lab, which is said he be a private facility in or near Salt Lake City.

More than 20 Black children were killed in Atlanta over a two year period between 1979 and 1981. Suspect Wayne Williams was convicted of killing two young men around the same time and prosecutors believed at the time that he also killed the children.

Williams, now 63 and still in prison, was never tried for any of the children’s deaths and those cases remain largely unresolved.

Bottoms promised two years ago that she would re-examine the child murders, even though their cases were closed after Williams was sent to prison.

“Atlanta Police investigators are traveling to Salt Lake City to provide a private lab, that works with old DNA evidence, evidence from the missing and murdered children cases. It is my sincere hope that there will be concrete answers for the families,” Bottoms tweeted Monday.

Many of the families and some police investigators were never convinced that Williams killed all the children, or even some of them.

Since his arrest in 1981, Williams, a talent scout and aspiring music producer who sought out talented children in the Atlanta area, has flatly denied that he killed anyone — even the men whose deaths he was convicted of in 1982, Nathaniel Cater and Jimmy Ray Payne.

Police stopped Williams in his vehicle during a citywide dragnet at almost 3 a.m. on May 22, 1981, just moments after they believe he threw a body off the James Jackson Parkway bridge and into the Chattahoochee River. They’d heard a splash in the river while his vehicle was on the bridge and found Cater’s body downstream two days later.

Investigators said several of the killed children had been found in the same area.

Bottoms said in 2019 that she wanted to bring closure to the families who never received concrete answers about who killed their children.

Detectives also hope to determine if more victims beyond the original two-year time frame can be identified.

@Atlanta_Police Investigators are traveling to Salt Lake City to provide a private lab, that works with old DNA evidence, evidence from the Missing and Murdered children cases. It is my sincere hope that there will be concrete answers for the families. 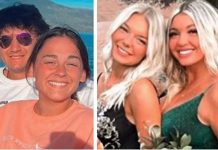 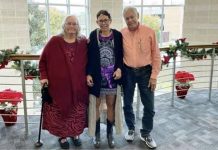 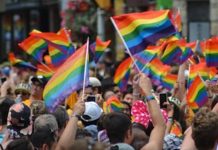