Harrington was placed on a leave of absence from the women’s professional soccer team Sept. 20; the club did not give a reason why. The Athletic reported at the time that Harrington’s leave was related to workplace misconduct allegations in the team’s front office.

The club issued the following statement on the termination of Harrington:

“Utah Royals FC is proud to represent the state of Utah nationally and across the globe. Utah Royals FC takes this responsibility seriously, and have committed to keeping the community and its fans apprised of team developments. After careful review and consideration, the club has decided to part ways with head coach Craig Harrington. Amy LePeilbet will continue as interim head coach until further notice. As Coach LePeilbet has already demonstrated, she is well-positioned to serve in this interim role and embodies the club’s dedication to the highest standards of conduct, civility, and professionalism.”

The club also issued the following statement on the status of Assistant Coach Louis Lancaster:

“Separately, the club announced that Louis Lancaster has returned as assistant coach with Utah Royals FC.”

The club will have no further comment at this time, the statement said. 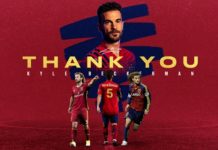 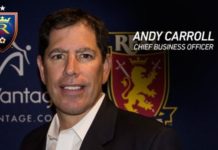