Colt was described by Kansas U.S. Marshal officers as a violent sex offender who escaped a Kansas mental hospital in June.

More details will be forthcoming soon, the WCSO told Gephardt Daily through a written message.

“The U.S. Marshals are offering a $10,000 reward for information leading to the capture of a dangerous sex offender who escaped June 30 from a state mental hospital in Kansas,” the statement says, in part.

“John Freeman Colt, 42, was sentenced on Dec. 14, 2001, to five years in state prison for aggravated sexual battery, attempted rape, aggravated burglary, and four counts of aggravated battery against law enforcement. He was required to register as a sexual offender for the remainder of his life.”

Colt’s whereabouts are unknown, the U.S. Marshals statement says, adding “he may be traveling or camping in or around state or national parks throughout Colorado, Missouri, New Mexico, South Dakota, Texas or Utah.”

After Colt had served his five-year sentence, “the State of Kansas courts deemed him a Sexually Violent Predator at high risk to commit a future sex offense and too dangerous to be released. He was indefinitely civilly committed and sent to the Larned State Hospital’s Sexual Predator Treatment Program in 2007, where he has resided until the escape.”

“The morning of his escape he shaved off his long hair and beard. He put blankets under his bed covers making it appear he was still in bed sleeping. He was then able to convince a new staff worker (that he targeted) that he was in fact a new doctor and needed help finding his way out. Posing as a doctor, Colt was able to make his way past five secured doors and ultimately outside the gates.”

Several hours passed before staff noticed he was missing and alerted the Pawnee County Sheriff’s Office. After escaping, Colt received a ride from a local farmer to the town of Larned. From there he rode to Scott City on a motorcycle he’d purchased prior to his escape with the help of an accomplice.

“John Colt presents a clear threat to the community every day he is not in custody,” said U.S. Marshal for the District of Kansas Ronald Miller in the prepared statement. “He has been deemed a sexual predator, and the U.S. Marshals consider his escape a major case and are devoting all available resources to his capture.”

Several members of a private Facebook page dedicated to justice for murdered Moab couple Kylen Schulte and Crystal Turner have questioned whether Colt could have been in the area in mid-August when the women were shot to death and left partially clothed. Investigators in the case have not revealed whether they have any suspects. 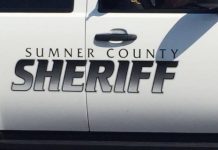