SALT LAKE CITY, Utah, May 26, 2022 (Gephardt Daily) — As Utahns prepare to get outdoors for the Memorial Day weekend, state water officials are warning of fire danger created by dry conditions during the ongoing drought.

Roughly 99% of the state is experiencing “extreme” or “severe” drought conditions, the second- and third-worst categories in the U.S. Drought Monitor, according to the Utah Division of Water Resources.

“As we approach Memorial Day weekend, I urge residents to use good Fire Sense and check for impacts, such as boat ramp closures, before heading out to state parks,” Brian Steed, executive director of the Utah Department of Natural Resources, stated in a news release Thursday.

“When recreating at Utah’s beautiful reservoirs, remember, our reservoirs aren’t just for fun; they store our water and help get us through drought,” Steed said.

The state’s Fire Sense campaign encourages Utahns to use good judgement in the outdoors to prevent human-caused wildfires.

There have been 147 wildfires in Utah so far this year, according to the Utah Division of Water Resources report. Of those wildfires, 124 have been human-caused, the report states.

Other highlights from the Division of Water Resources drought report Thursday: 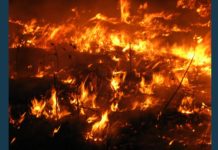 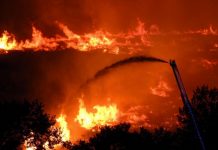