FARMINGTON, Utah, Oct. 14, 2018 (Gephardt Daily) — A woman was transported by medical helicopter to University of Utah Hospital after her vehicle crashed and caught fire Sunday night.

Farmington Police Sgt. Dave Quinley said the accident happened at about 9:30 p.m. as the woman was northbound on 200 East at 97 South.

“The vehicle left the roadway and came to rest in a bunch of trees and caught fire,” Quinley told Gephardt Daily.

He said it doesn’t appear that the woman was ejected in the crash; rather, a passersby removed her from the vehicle before it caught fire.

No information about the woman or the extent of her injuries was available Sunday night.

Quinley said the cause of the crash is still being investigated, and the only information he had about the vehicle was that it was a full-sized car or “some kind of wagon.”

In addition to Farmington police and AirMed, Farmington Fire Department and Davis County Sheriff’s deputies responded to the scene. 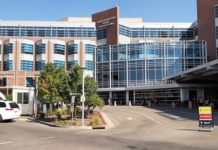 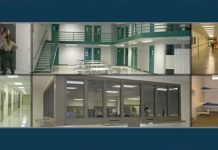