ROY, Utah, Feb. 23, 2016 (Gephardt Daily) — A young boy in Roy has a special request for his 8th birthday: He wants to collect gifts to share with other children.

Merrick Kinser, 7, born with a rare genetic deletion called 1p36, was not expected to live to see his first birthday. Happy and full of life nearly 8 years later, Merrick wants to celebrate his birthday this year by giving back to the community.

“It means so much to our family to be able to show support for children who may be in the hospital for one day to years at a time,” Merrick’s mom, Carina Kinser, said. “The joy of donating a little gift as simple as a toy truck can change your child’s experience for the better.”

Kinser said Merrick responds best with musical toys, especially waking from anesthesia so as parents they know all too well that having toys at his bedside helped him have a better outcome when waking up.

“To know that the community is helping and supporting Merrick to make this wish come true has been so spiritual and something we will never forget,” Kinser said.

“We love making awareness of the special angels walking on this earth and the positive influences they are each and every day! We just want others sitting in those hospital rooms and waiting rooms with the unknown day in and out that they are loved and thought about, they are prayed for, and they are not alone.”

Carina Kinser and the rest of the Kinser family, his dad Kristopher and sister Nyla-Rae, all are helping Merrick in his goal to collect the 80 teddy bears, lots of hats and blankets and seven toy trains.

“To be able to help provide other children and families with comfort and peace and such a difficult time,” he said.

Carina Kinser said even though the teddy bear goal has been met, they are still accepting donations because they can always use more.

“Our new goal is to fill a U-Haul trailer when we deliver the items,” she said. “The hats and blankets need to be new. The softer the better! The blankets, along with the hats, will go to Primary’s for the cancer patients and the toys will be disbursed equally between the three.”

For those wishing to help Merrick reach his goal, Carina Kinser says they are collecting items until April 15, 2016. You can email her at [email protected] or by sending a message through Merrick’s Facebook. 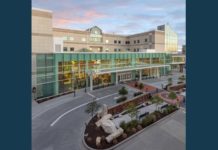