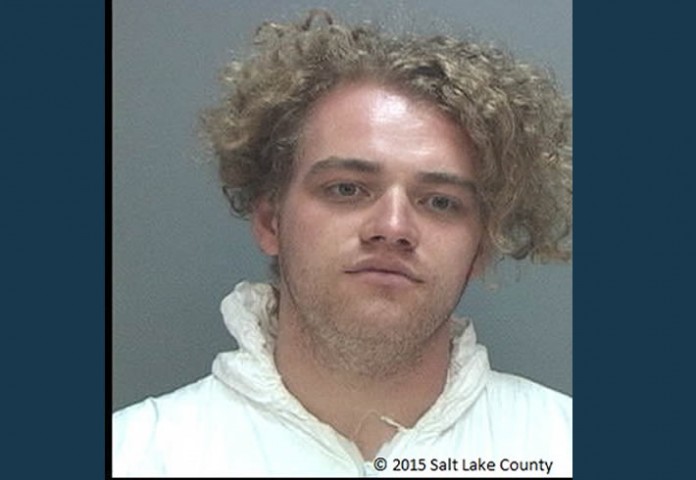 Witnesses say a man entered the Zions Bank at 3880 South 700 East at around noon Thursday and passed a note demanding cash from the teller. He did not display a weapon or threaten the teller or other bank employees, and nobody was injured during the robbery.

The lone suspect left the bank on foot with an undisclosed amount of cash. A witness told police the man was last seen running northwest across the parking lot.

Moments after police officers arrived on scene, they received a tip that helped identify the suspect as Jared T. Long, 24, of Huntsville. Additional information indicated that Long was going to a motel in the Provo area.

Police officers spotted the suspect’s vehicle parked at a motel. They could see Long sitting in the vehicle and quickly surrounded him. Long surrendered to officers and was taken into custody without incident. He was booked into the Salt Lake County jail and charged with second degree felony robbery.