Feb. 28 (UPI) — At least 12 people were injured, one of them seriously, after a floor of a Carnival float representing New Orleans’ Bourbon Street collapsed in Rio de Janeiro’s iconic Sambadrome.

In the float, members of the Unidos da Tijuca samba school were dancing on walkways made to represent New Orleans’ recognizable balconies in Bourbon Street. The walkways collapsed and the dancers fell. Officials halted the parade for about 25 minutes as emergency service workers took injured people to the hospital.

Officials launched an investigation into the incident. The Rio de Janeiro’s Municipal Health Department said eight people received treatment due to anxiety and nervousness caused by stress due to the accident.

The incident on Tuesday follows an accident on Sunday when 20 people were injured after a float in the Sambadrome veered out of control and started to crush them against barriers. Police on Tuesday said the driver of the float was an experienced truck driver but did not have experience driving floats. The vehicle also appeared to have a mechanical problems, officials said. 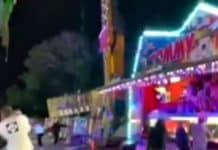 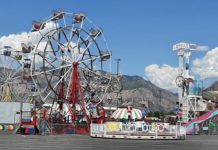